Sometimes the practice of law takes up so much of my time that I don’t get to blog.  But I’ve resurfaced now and two interesting verdicts have come out recently.

Hospital to New York’s rich and famous, Lenox Hill, lost a $5.5 million verdict to Maria and Cesar Bustos after a two-week trial.  The jury deliberated only an hour.  Mrs. Bustos went into labor and called her doctor as she left to go to the hospital.  Her doctor, who lives only two blocks from the hospital, didn’t show up until hours later and only about a minute before she delivered.  No explanation.  Only a nurse and a first-year resident were there and the baby was 10 pounds, i.e., quite large as babies go. Mrs. Bustos wound up with a broken and separated pelvis as well as a back injury that required surgery.  She now walks with a cane.

The jury saw the doctor’s behavior as a clear-cut violation of the standard of care.  When a woman is in labor, the doctor has to get his butt into the hospital.  No excuses.

Thomas Miller, 51, called Dr. Collin Cooper, a suburban Los Angeles internist, complaining of severe chest pain.  For whatever reason, Dr. Collins only told Miller to come to the office a few days later.  Apparently, an EKG showed nothing acute and Dr. Collins gave Miller a stress test, which means he exercised Miller on a treadmill while monitoring the EKG.  Miller died an hour later and the coroner reported a massive heart attack.  A Burbank California jury awarded $4.5 million.

This case illustrates at least three indisputable medical facts: when someone has severe chest pain, the standard of care requires that the patient be transported to the nearest emergency room and thoroughly evaluated.  An EKG by itself is far from a perfect diagnostic tool.  And, exercising a patient having a heart attack is the best way to kill him.  Unfortunately for Miller’s widow, however, California is one of those states that caps medical malpractice damages. 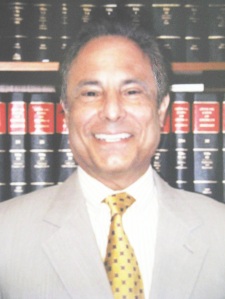 lawyer and physician
View all posts by Public Protection Lawyer →
This entry was posted in Medical Malpractice. Bookmark the permalink.